These specialized, insulated tanks contain LNG, keeping it cold and facilitating gas transport and delivery from one facility or vessel to another. To ensure this is done securely and efficiently, CCS are held to high standards of safety and regulatory compliance. New technologies must be carefully developed, assessed and certified.

Despite this, cargo containment technology is flourishing, with new designs being created, certified and brought to market. As of today, marine stakeholders can choose among four types of CCS, each with its own benefits, challenges and applications.

The foundational regulation behind CCS

All CCS are subject to the International Code of the Construction and Equipment of Ships Carrying Liquefied Gases in Bulk, i.e., the IGC Code. Most recently updated in 2016, the Code contains specific regulations dedicated to CCS. They address a range of safety and structural aspects, including materials selection and testing, prevention of leaks and venting, and pressure and temperature control.

The IGC Code also covers elements such as materials approval and class, making it the definitive reference document for all classification societies and flag administrations. For technology providers and equipment manufacturers, IGC Code compliance is always the baseline when developing and approving a new CCS design.

The ABCs of independent tanks

The mostly commonly used CCS for small and mid-sized LNG carriers are independent tanks, which are built separately from the ship itself. Independent tanks come in three varieties.

In contrast with independent tanks, membrane tanks are built as part of the vessel. Designed with two thin membranes that act as barriers, and supported by layers of insulation, membrane tanks keep design pressure low. The thick inter-barrier and insulated spaces enable these tanks to maintain low temperatures and keep LNG at a minimum of around -160°C. 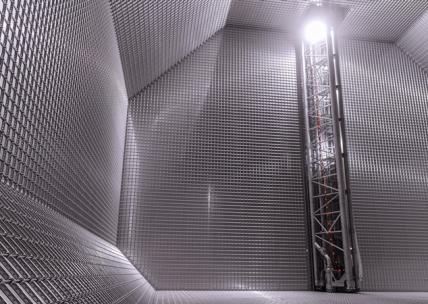 The next evolution of CCS

As the boom in LNG use for transportation continues, more and more industry players are looking to build the next generation of CCS. To do this, solutions providers, designers and manufacturers will need to work closely with classification societies, ensuring that their technologies are safe and compliant with regulations.

Bureau Veritas has a long history as a partner of choice for stakeholders throughout the LNG value chain. In addition to providing class approval for the world’s largest and most innovative LNG carriers, our experts have worked closely with GTT on innovative projects like the CMA CGM Jacques Saadé.

Our extensive knowledge of CCS for LNG carriers and LNG bunkering ships has helped Bureau Veritas class small, mid-sized, and large-scale vessels around the world. Looking forward, this will enable us to continue providing insight and technical excellence to new players entering the dynamic, fast-evolving LNG market.

Increased competition among CCS designers and manufacturers, bolstered by the necessary assessments and certification, will be beneficial for the shipping community. These advances will help bring LNG—a crucial transition fuel—to marine stakeholders worldwide. As more technologies are approved, ship owners and operators will be able to choose among increasingly safe and efficient CCS options, finding the best solution for each project.