NANTES, 14 December 2021 – Airseas, a pioneer in wind propulsion solutions for shipping, has completed the first installation of its automated kite Seawing on a commercial vessel, marking an important milestone in the deployment of wind-assisted technologies to curb emissions from shipping.

The first Seawing system has been installed on the vessel Ville de Bordeaux, chartered by Airbus and operated by Louis Dreyfus Armateurs. The Ro-Ro ship, which transports major aircraft components between France and the United States, will deploy the 500m2 Seawing on its monthly transatlantic journeys from January 2022, conducting six months of sea trials and testing ahead of its full operation.

Airseas has received formal approval from leading classification society Bureau Veritas to begin operations at sea, following three years of close collaboration on the development and early trials of the Seawing. 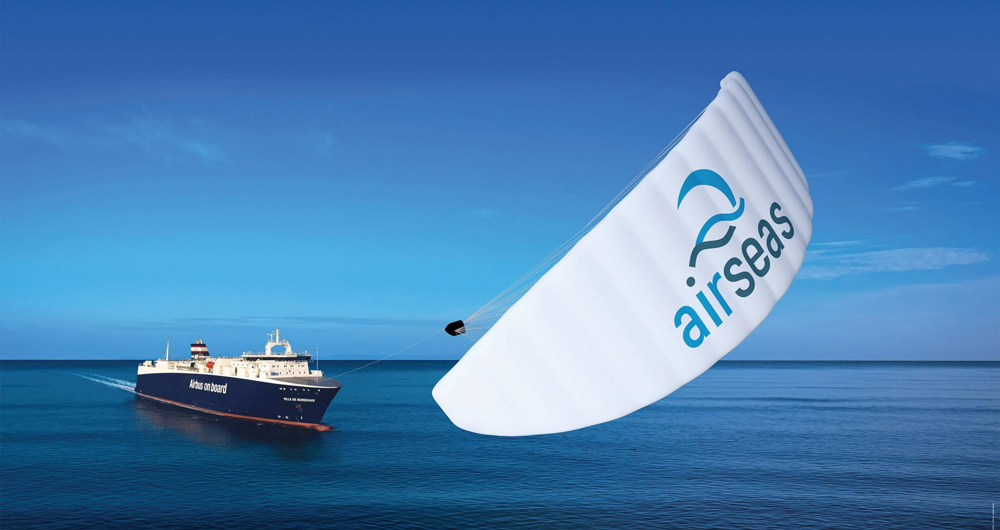 Founded by former Airbus engineers, Airseas is unique in its integration of expertise from the aeronautical sector, including digital twin and automation technology, to the maritime industry. This means that the Seawing can be safely deployed, operated and stored at the push of a button, and can be retrofitted on a ship in two days.

Airseas’ full size Seawing is a 1000m2 parafoil which flies at an altitude of 300 metres, capturing the strength of the wind to propel the vessel. Based on modelling and preliminary testing on land, Airseas estimates that the Seawing system will enable an average 20% reduction in fuel consumption and greenhouse gas emissions.

A decade ago, we embarked on the ambitious project of channelling our unique aviation expertise towards creating a cleaner and more sustainable shipping industry. Today, I am beyond proud to see that vision becoming reality, with our first Seawing ready to make a tangible difference for our planet. This first installation marks a significant milestone not only for Airseas, but also for wind and other renewable propulsion technologies in general. Given the urgency of the climate crisis, the world needs to see a drastic reduction in carbon emissions now. In shipping, we can achieve this by using the full set of tools we have available to us today. Wind propulsion is one of these and will play an essential role in helping shipping achieve its much-needed decarbonisation transition.”

Laurent Leblanc, Senior Vice President Technical & Operations at Bureau Veritas Marine & Offshore, said: “This important milestone follows three years of close and fruitful collaboration on the development and early trials of the Seawing, supporting Airseas’ safety-first approach and validating the reliability of the system. As a class society, Bureau Veritas has a key role to play to support safe innovation, and this is why we have developed comprehensive rules on wind propulsion systems earlier this year. At BV, we are dedicated to help the maritime sector navigate the challenges of the energy transition, and we fully believe that wind propulsion technology represents a key opportunity to start decarbonising the maritime sector immediately.”