Delivered by shipbuilder Astilleros Armon, The Haugesund Knutsen is a pioneering vessel

December 2022 saw the classification of the 5,000-m3 LNG bunker vessel Haugesund Knutsen. A first of its kind, the vessel will bunker LNG in Spanish ports to gas fuel ships for Shell.

Graced with being the first ever newbuilding LNG bunkering vessel in Spain, Haugesund Knutsen features azimuthal propulsion, two LNG bi-lobe type C tanks--each of 2,500 m3--a subcooling system, and gas engines. The vessel is unique in that it is classified according to the BV NR620 regulation as an “LNG bunkering ship”—a pioneering classification rule created to assess liquefied gas carriers specifically designed and built to bunker LNG. In addition, the NR467 BV Rules for the Classification of Steel Ships were also applied, including the service notation Liquefied gas carrier—allowing LNG to be used on board as fuel for gas engines among other features.

The ship's launch arrives just as Spain is quickly becoming a popular hub for LNG bunkering activities. Terminals undergoing conversion to small-scale LNG carriers and bunkering vessels will play a major role in future shipping. With seven LNG terminals spread along the coast, Spain is the country with the most mature capacity for LNG storage and transport in Europe. 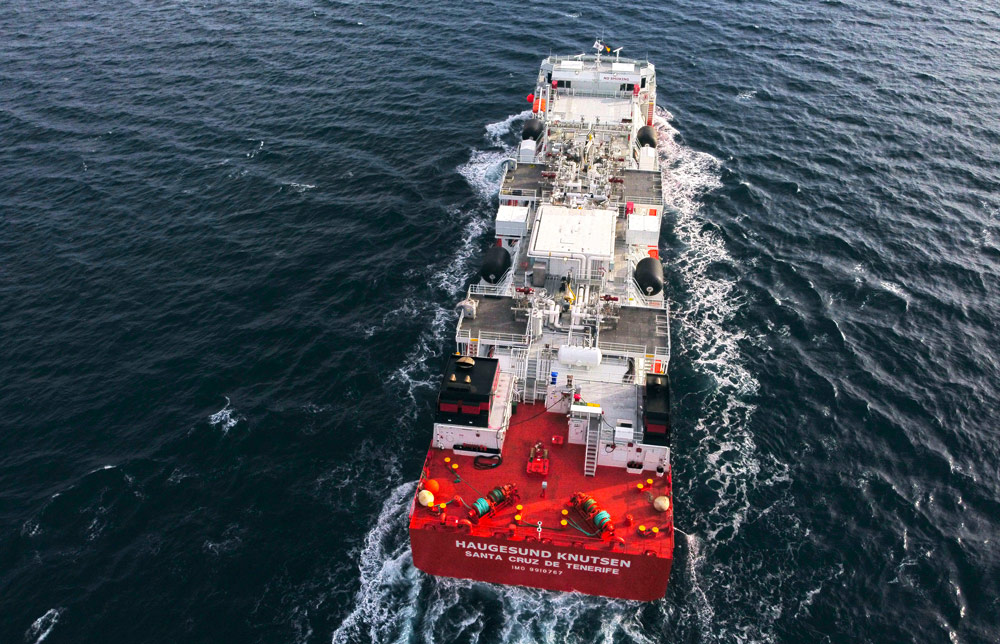 Haugesund Knutsen’s delivery joins a growing list of projects in Spain. The oil/LNG bunkering vessel Oizmendi was recently retrofitted and the Suardiaz “Bunker Breeze” LNG bunkering ship ready launch made several headlines. The 2021 delivery of HSC Eleanor Roosevelt by Armon Shipyards was the first-ever HSC with LNG dual engines. A modified ship based on feedback on Eleanor Roosevelt is currently in the works. This latest project came to fruition as a joint venture between Knutsen and Scale Gas (a spin-off of ENAGAS for new investments). Bureau Veritas and ENAGAS worked together on the LNG Hive European project from inception to completion, which has been an essential part of the development of LNG bunker infrastructure in Spanish ports.

Bureau Veritas is the leading class society in LNG-fueled and LNG bunker vessels in the country with the most references in the market. We understand the challenges clients face in designing, building, and operating their business. We’re by their side and provide practical advice, tools, and technology to help them make the right decisions to run a safe, high-performing business.