Born on the Greek island of Chios, Antonis comes from a long line of seafarers in a nation with a rich nautical history. “Going back generations, my family has always lived off the sea, and I grew up traveling the sea with my father and mother as a child”. 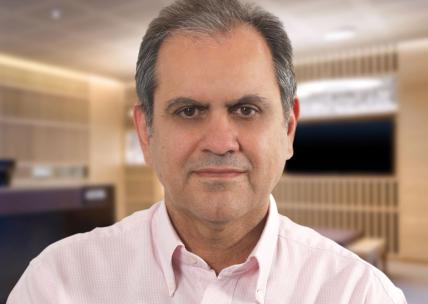 It’s no surprise, therefore, that Antonis entered the shipping business as a young engineer after completing his master’s degree in the UK, and a service stint in the Greek navy. In 1980, he became the Managing Director of Charterwell Maritime S.A., which was a smaller but dynamic player in the industry at the time. Today, the company has grown to become a global leader in the maritime field. Charterwell and Chartworld controls a diversified fleet of over 65 vessels in the dry bulk, tanker, reefer and container segments.

Most newbuildings are constructed in Asia now, and over the past two decades, Chartworld has contracted with Korean, Japanese and Chinese shipbuilders to grow its fleet. In 2017, Chartworld entered into a deal with Penglai Zhongbai Jinglu, Jiangsu New Yangzi in China for seven Kamsarmax bulk carriers and Hyundai in Korea, four MRS.

While the market has been depressed in recent years “It was the right time, the newbuilding prices were competitive, and probably 10-15% less than what we might pay today, so we took a chance, and we’re progressing well with these newbuildings,” he says.

Chartworld chose Bureau Veritas as its classification society for the majority of the new Kamsarmaxes. “When we look for a classification society, the most important thing is that they are consultant of our company,” Antonis says. “I expect it to have the needed resources and provide the technical back-up and quick response to the issues that arise. With Bureau Veritas, I get the support we need.”

Bureau Veritas has been the classification society of choice for Chartworld since 2002 when Chartworld built in Japan and was the first BV Panamax new building in Japan at the time. Over the years, Antonis has built a strong personal relationship with the people in Far East or Paris and obviously Greece.

Antonis emphasizes Bureau Veritas’s location as key to the partnership. “In Piraeus, you’re dealing with owners, not just management companies, as you would if you were based somewhere like Singapore or Cyprus. And Greek shipping company owners are very knowledgeable and dedicated to what they ask. Knowing that I have a supportive network standing by my side is really important. If I need a surveyor in a port, for example, I know I’ll have one there in six or 12 hours to provide a solution.”